This blog will be a little different from my usual descriptive embellishing, but to illustrate my reasons for writing this story a scene needs to be set. As the moon waxed lyrical, beams of moody silvery light emanated from her vibrance, whilst tiny winged torches magically lit the terrain. Wind gleefully whistled through the trees awakening mother nature’s maracas, leaves brushed together and their harmonious tranquility floated into our lungs and flowed through our souls. The Kings translucent shape drifted between the shadows and pockets of glow, his growls humbled us and left one with a sense of fearful admiration. That night, mother natures choir and us, the apparent higher beings, acknowledged his reign; Mawusi we salute you.

My concern grew as I hadn’t heard this areas dominant male leopard rasp in some time, I had however heard a neighbouring male and our resident female responded, this added to my discomfort. Though my trail cam had picked up our big fella I was curious why his behaviour had altered. A few weeks earlier a fellow leopard enthusiast was in town with her family and we went searching for spots, I sat at my usual post and listened whilst they focused on the eastern drainage area. Remarkably they got eyes on the King as he passed through the river bed, a couple photographs as well. Debbie messaged me and I was able to see him as well, this was my first leopard sighting during the day on the estate. The next would be on the same day in the late afternoon as he briefly wandered into the open in that same drainage line.

A couple days ago I picked up the the males tracks, they were fresh and it was great to see a sign of his presence again. A friend of Debbie’s (Hendrik) said he had also picked up on tracks in the east. From the photos I knew they belonged to the male, so it had been an uplifting morning after weeks of tough going, I could feel another leopard sighting was on the cards.

That evening Katie joined me on drive, early on we heard a leopard rasp, it was the Pridelands male. Yes, with the countless hours I have spent on the estate I have learnt the different rasps of the four leopards (two males and two females) that I have heard. I have never seen the Pridelands male as he roams the private property across the road which incidentally has no fences to Kruger so on occasion you can hear lions roaring as well. I am indebted to this male because one of my leopard sightings on the estate was owed to his continual rasping which eventually warranted a robust response from both our male and female, they felt it best to make themselves known when they were right next to my car! Have you ever been sat in complete darkness and had a leopard rasp next to your vehicle? Your brain’s initial response is to inform your body that shortly it will die, your heart chooses life, decides to spring out of your chest and search for a being made of sterner stuff.

I digress, back to the night in question,  we sat in silence for a while longer, then another rasp, it was our big fella. I’ve also become very in tune with  how distant the rasp is and which area it came from, I told Katie he was outside our eastern fence but perhaps we would see him come into the Estate via the drainage. We arrived and quietly waited until another vehicle came up to us, it was Hendrik and his wife Pippa. I mentioned I had heard the leopard and we were waiting it out, Hendrik decided to drive around for a while. We hunkered down and listened until they re-joined us and spoke those magical words ‘we have found him.’

The couple had been to this area a few times over the years and knew that the drainage would link to a main road outside the property, I wasn’t even aware of it. I think it was great skill for Hendrik and his wife to find the leopard and with neither of us having cellphone signal they drove back to to tell us, legends! Minutes later we were in the presence of the King and he was furious. Now I understand just how angry a male leopard gets when another male is putting pressure on his territory and the Pridelands male had been vocalising for months. I was sure to ask Hendrik if he was happy with the visual he had from his position and if he could get the photographs he wanted from that spot. I was armed with the camera whilst Katie ably manned the spotlight and got some great cell phone footage.

The leopard was foaming at the mouth and growled deeply as he walked down the bank and into the drainage, after scuffing and marking in several spots he continued to quench his thirst and move into the middle of the river bed. Here he came to rest and continued to scuff his hind legs into the soil whilst growling.  I knew in that moment that he had drawn a line in the sand, both literally and figuratively, he was ready to face the pridelands male and stared forward past the boundary of his own territory and into the enemies. This cat was so filled with rage I half expected him to spontaneously combust, the downside was though he was in magnificent condition his belly was empty and his energy was running out. He lowered his head onto the sand and closed his eyes, here is the paradox, during his slumber he would sprawl out like a house cat on ones bed, then curl up like a kitten in a shoe box, once awake he would growl with vexation. In perspective he is a born killer, and also so very vulnerable.

Mosquitoes and a vigil over

Some may know that if you sit in the African wilderness on a summers eve, especially near a stagnant pool of water, you will have a momentous battle of your own. I laid scores of mosquitoes to rest that night, their carcasses still litter my vehicle as I write this. Aside from the first loud pop when Katie got one with our electric zapper racket, the leopard cared not about our antics in the vehicle. I have grown weary of lathering on mosquito repellent and thought the zapper would work, I was wrong and I will go back to the repellent with the zapper on standby.

Katie understandably began to fade and went to rest on the backseat whilst I listened to the Hyenas whoop, frogs croak, bush babies squeak and the King’s deep breaths as he gained his energy. I had visions of him sleeping the night away until dawn when I would get a lovely crisp photo, something I would have on my wall at home. My dreams were shattered by the sound of a female leopard rasp, within seconds the King was on his bike and melted into the unknown. He was so still in his slumber that a person might mistake him for dead, then his mistress beckons and priorities change. 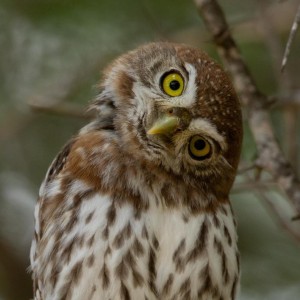